Lynn Tomlinson is an artist and award-winning director of animated short films. She uses a unique clay on glass animation process that involves manipulating thin layers of oil-based modeling clay frame by frame to create painterly images. This handcrafted approach allows her work to come to life, shifting perspectives and transforming on the screen. Her films explore environmental themes, often imagining how non-human beings might view humanity's impact. Lynn’s films have screened around the world at venues including the Museum of Modern Art, The National Gallery of Art in DC, The Pompidou Center, and international animation film festivals including Annecy, Hiroshima, and Ottawa. Her most recent project, a music video for Robert Macfarlane and Johnny Flynn’s Ten Degrees of Strange (2021), won Best Commissioned Film at the Ottawa International Animation Festival and Best Commercial Film at the ASIFA East Festival. For her body of work, she received the 2021 Edison Innovation Award from the Thomas Edison Film Festival. Throughout her career she has received Independent Artist Awards from the state arts councils of Maryland, Florida, and Pennsylvania. She is Associate Professor in the Department of Electronic Media and Film at Towson University, where she recently received a grant to develop an interdisciplinary fulldome planetarium production lab. 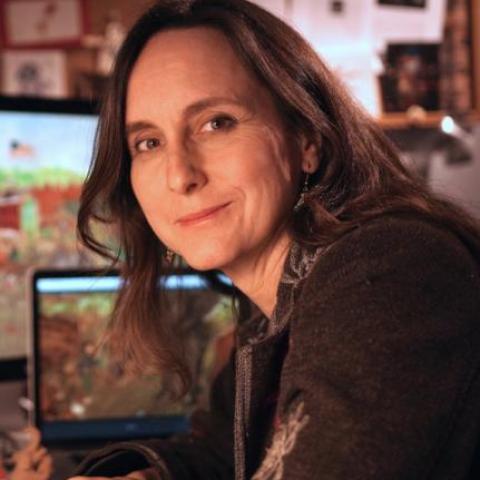