Steinway Artist Lura Johnson is celebrated by critics and audiences for her insightful, emotionally impactful performances. The Washington Post describes hearing her play as “one of life’s great pleasures.” The Baltimore Sun praises her “surging expressive force... impressive bravura...” and “exceptional vitality, color, and impact.” Performing more than one hundred concerts annually as a soloist, chamber musician, and orchestral pianist, Lura captures, distills, and powerfully communicates the spirit and personality of the music she performs. She describes her mission this way: “My goal is to vividly and thoroughly bring to life the essence and true character of the music, the way an actor embodies a role with full commitment.”

Esteemed for her uncommon sensitivity and skill as a chamber music partner, Lura moves flexibly inside an ensemble as leader or supporter, as needed. She has enjoyed success both on the concert stage and in commercial recordings as a member of several chamber ensembles. Duo Baltinati with cellist Ilya Finkelshteyn won Second Prize in the chamber music division of the International Johannes Brahms Competition in 2015.  Chamber music has always been Lura’s true north. “The sensing, the risk-taking, the spontaneous creation in the moment,” she says, “sharing these human experiences through music, not words, is electrifying.” One of her chamber music albums, Inner Voice with violist Peter Minkler, received widespread attention when it was prominently featured in the official trailer for the 2013 Warner Brothers film, Gravity. The mesmerizing state of suspension the two created in their rendition of Arvo Pärt’s Spiegel im Spiegel complemented perfectly the cinematic tale of literal weightlessness set in outer space.

Lura is Principal Pianist of the Delaware Symphony and regular Guest Pianist for the Baltimore Symphony, positions which synthesize her finely honed ensemble skills, soloistic virtuosity, and versatility. She has played principal keyboard for seven albums recorded by the Baltimore Symphony, including Bernstein’s Mass, which received a Grammy nomination in 2010. The Washington Classical Review wrote of a BSO performance of Bernstein’s Age of Anxiety, “[Soloist] Jean-Yves Thibaudet was shadowed brilliantly by the BSO’s outstanding keyboard player, Lura Johnson, on the daunting celesta part.” This collaboration was immortalized in a 2017 album released by the BSO on the Naxos label, and was also part of the Baltimore Symphony Orchestra’s tour of the United Kingdom in 2018, with performances and telecasts at the renowned BBC Proms and the prestigious Edinburgh Festival in Scotland.

Lura has been featured as a s soloist with the Baltimore and Delaware Symphonies, performing Rachmaninoff’s First Piano Concerto, Grieg Concerto, Mozart’s K. 466, and Gershwin’s Rhapsody in Blue. She is one of few with the versatility to perform the complete Bach Brandenburg Concerti, moving seamlessly from the continuo harpsichord role in Concertos No.1 through 4 and No. 6, and assuming the solo role in the magnificent Concerto No. 5.

Though she is versatile in any genre from Baroque to contemporary, Lura has a predilection for composers from the Germanic tradition, particularly Brahms, whose chamber works have become a specialty. She has performed the complete Violin Sonata cycle with Baltimore Symphony Concertmaster Jonathan Carney and Annapolis Symphony Concertmaster Netanel Draiblate. In 2015, following her prizewinning performance in the International Johannes Brahms Competition, she joined the staff of the organization, serving as the chamber music partner for the Cello Division from 2016-2018 and joining the jury of the Piano Division in 2019.

The Art of Prelude and Fugue - A Solo Project

This mammoth and visionary solo project originated in 2017 and is a first-of-its-kind curation of the entire Well-Tempered Clavier of J.S. Bach interspersed with the complete Preludes and Fugues of Dmitri Shostakovich, with an emphasis on the striking connections between the works. Many pianists have performed and recorded the complete Well-Tempered Clavier of Bach. A handful have performed and recorded the entire opus of Shostakovich’s preludes and fugues. But no one has performed both monumental cycles in their entirety—until now. Presenting these two works interstitially is both shockingly unorthodox and a most natural partnership. The curation both contextualizes an exceedingly well-known work and brings to greater attention a lesser known masterpiece.

Phase One of The Art of Prelude and Fugue was the live performance of the entire curation; Lura presented the eight hours of music in a series of four concerts that took place at Baltimore's Peabody Institute of Music during the 2018-19 season. Audiences were transfixed. One listener wrote, "The programming here is fabulous, but the success of the concerts is also due to Ms. Johnson's bravery at the keyboard... [she] looks to present each prelude and fugue with an individual sonic and emotional spirit... a disciplined performer, she somehow manages to exude both emotion and reserve simultaneously."

Phase Two, currently in progress, is a series of residencies at music schools and departments around the country. These residencies include recitals with accompanying lectures, masterclasses, and clinics. Rice University's Shepherd School of Music hosted the first residency in Fall 2019. More will take place in coming semesters.

Lura comes from a musical family and a musical town. Born and raised in Oberlin, Ohio, home to the esteemed Oberlin Conservatory of Music, her first piano lessons were with her father, a fine amateur pianist who was a professor of East Asian studies at Oberlin College. Later mentors include Jeanne Kierman Fischer and Brian Connelly. Lura holds a Bachelor’s and a Master’s degree from Rice University’s Shepherd School of Music. She did post-graduate work with Robert McDonald and Leon Fleisher at the Peabody Institute in Baltimore.

Lura is especially skilled in the art of speaking to her audience. In an informal but authoritative manner, she offers advice on what to listen for, and provides historical or anecdotal context for the works she performs in a way that enriches the concertgoer’s experience. She also writes her own program notes that one listener found “profoundly illuminating... I’ve never been to another concert in which a musician makes their thought process available to the audience, and I noticed a real difference in my ability to engage with the music.”

Lura has honed her technique over the years to a unique philosophy of movement based on the principle that freedom is the key to accessing the many different sounds and colors she makes at the instrument, from subtlety, finesse, and delicacy to speed, strength, and power. Audience members describe the visual effect as graceful and balletic - they frequently remark that being able to see her, as well as hear her play, enhances their experience. She has augmented her study of piano technique with decades of training in ballet, ballroom, and swing dancing, as well as classes in Alexander technique, yoga, movement, and anatomy. One reviewer noted in a performance of the Grieg Piano Concerto her “great flourish and technical prowess – hands flying in the air.”

A thoughtful and devoted teacher, Lura works with students of diverse ages and levels. Past positions include Director of Chamber Music at Georgetown University, faculty at Sequoia Chamber Music Workshop, and faculty at Apple Hill Center for Chamber Music. She currently teaches piano and chamber music in both the Conservatory division of the Peabody Institute and its Preparatory division, where she directs a thriving chamber music program for adult amateur musicians. 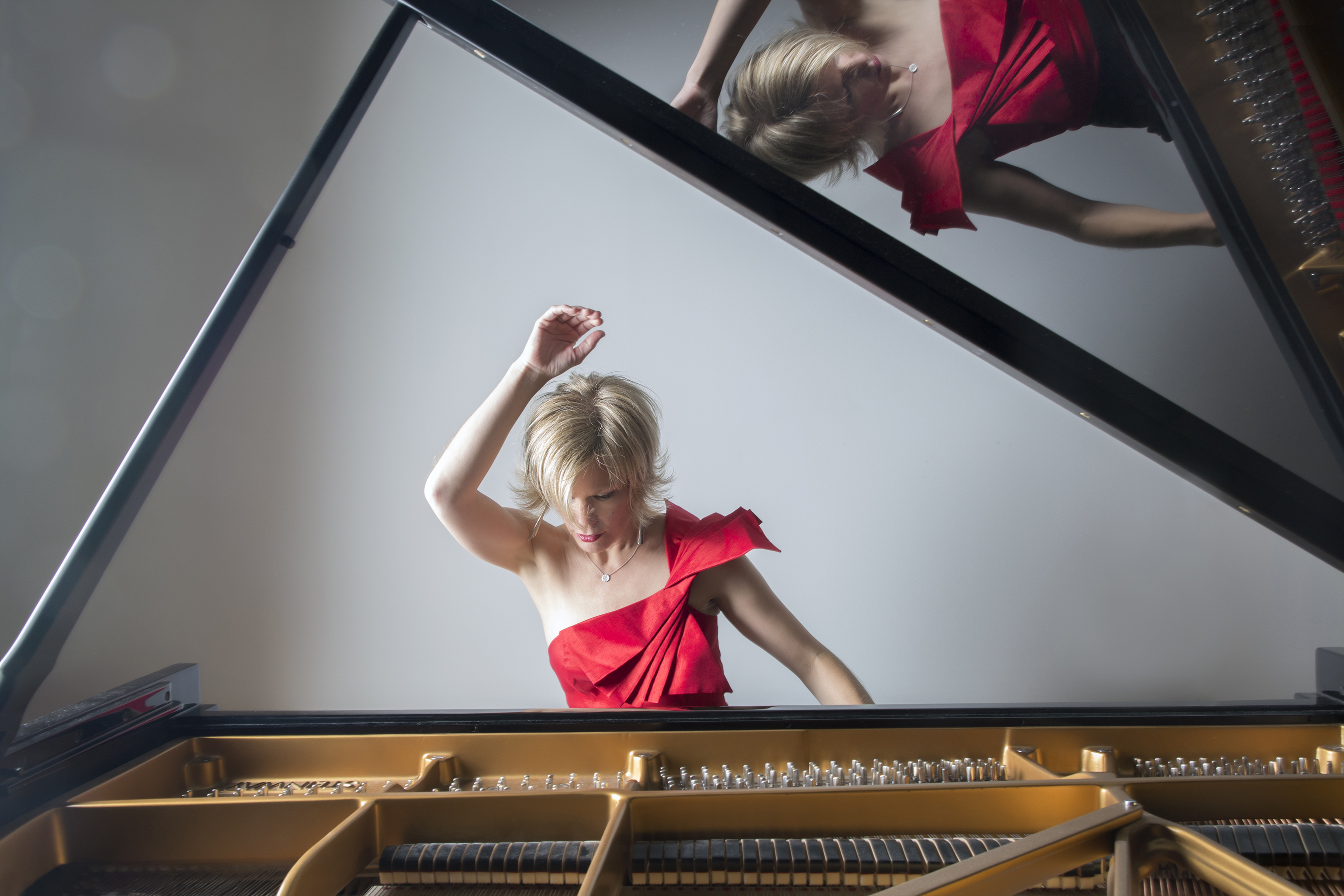 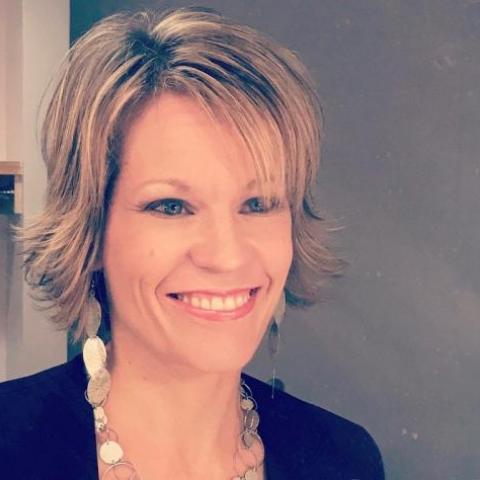