As Lexie Mountain, Macchi has been an active contributor to Baltimore's cultural scene for over a decade. 2004-2006 she programmed events, art shows, free festivals and music performances at various venues in the city. In 2011 Macchi curated a weekend-long storefront rear-projection video exhibition for Transmodern Festival, co-founded the Baltimore Blue Ribbon Ice Cream Championship with Dan Deacon, and began graduate studies at UMBC in the IMDA MFA Program. She presently works as a Graduate Research Assistant at UMBC's Center for Art, Design and Visual Culture, where she curated storefront exhibitions in conjunction with Highlandtown Arts District. Now its 2014 in case you were wondering what year it is. Its 2014.

She is a founder and member of all-female experimental a capella collective Lexie Mountain Boys and avant-rock group Crazy Dreams Band, makes solo sounds under the name Lexie Mountain and collaborates regularly with a wide variety of performers and musicians in Baltimore and beyond.

"Baltimore's Lexie Macchi isn't so much a relentlessly inquisitive sound-shifter as she is a Renaissance Everywoman dynamo. There is, seemingly, nothing she can't do or hasn't done. " - Raymond Cummings in Village Voice blog Sound of the City 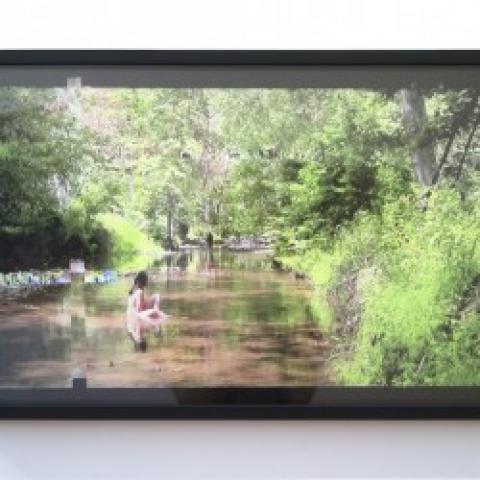