There’s good reason why jazz fans and critics alike are so excited about Lafayette Gilchrist. The Baltimore-based pianist hit the scene hard with his debut, The Music According To Lafayette Gilchrist, and went straight to earning raves for his sophomore release, Towards The Shining Path. Emerging from jazz legend David Murray’s Black Saint Quartet, Gilchrist has an approach and presence that’s drawn comparisons to royalty such as Andrew Hill and Sun Ra.

With his own band the New Volcanoes, Gilchrist leads a 10 piece ensemble that’s equally inspired by D.C. go-go, old school soul, hard funk and progressive hip-hop. Introduced to Hyena Records by the iconic guitarist Vernon Reid, Gilchrist released his fourth album, Soul Progressin’, in 2009 The pianist has this to say about his latest recording: “Soul Progressin’ ” is a rediscovery in the sense of what was and is still the most essential part of my offering. Soul Power. Its roots are endless and wondrous. Its future is undeniable. So we just want to celebrate about it a bit.” Soul Progressin’ further heighten Gilchrist’s reputation as a singular voice in jazz and, for that matter, progressive American music in the broader scope.

Of late Gilchrist has returned to his exploration of small group concepts, notably with his acclaimed trio INSIDE OUT (featuring Michael Formanek and Eric Kennedy), plus performances with South African drum legend Louis Moholo - Moholo, Gerald Cleaver, Sabir Mateen and William Parker. Recordings with a number of these artists are currently in the works.

His recording, It came from Baltimore - Live at The Windup Space, a live double CD with the New Volcanoes was released on the Creative Differences label in 2012.

His latest recordings from the New Urban World Blues Suite, includes a feature video of Blues for Freddie Gray. 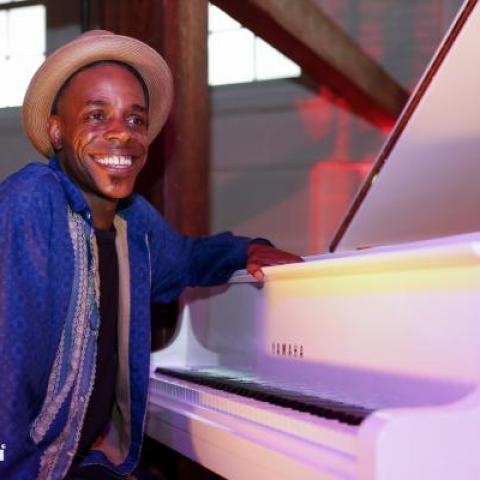