Renowned for her meticulous craftsmanship and biting social commentary relating to issues of racism, violence, sexism, morality, stereotypes, and other forms of social injustice, Scott’s catalytic power for change is supported by her keen application of humor. For more than four decades, this multifaceted and provocative artist has created complex objects of exceptional skill, beauty, and sophistication that double as a social mirror.

The daughter of acclaimed fiber artist Elizabeth Talford Scott, Joyce’s education in object making began at a remarkably young age. Scott received her Bachelors degree from the Maryland Institute College of Art, and her Masters degree from the Institute Allende in Mexico-- with further study at Rochester Institute of Technology and Haystack Mountain School of Crafts.

Ms. Scott has exhibited, performed, and lectured across the country and abroad. During the year 2000, Joyce was featured in a major 30 year retrospective at The Baltimore Museum of Art titled Joyce J. Scott: Kickin' It with the Old Masters. Following the exhibition’s close, Exhibits USA adapted the show into a nine year traveling exhibition under the title Kickin' It with Joyce J. Scott. The last 5 years have been remarkably productive, with two one woman exhibitions in 2015 at the Museum of Arts & Design, NY, and MoCA Cleveland, Ohio, as well as ample press from her work in "Represent" at the Philadelphia Museum of Art. In 2013, Scott was included in the Venice Biennial (Glasstress). During 2017 Scott is planning a large-scale one-woman exhibition at Grounds for Sculpture in New Jersey, a 44 acre sculpture garden including multiple indoor gallery spaces. The artist is included in most major public collections: the Baltimore Museum of Art, Brooklyn Museum of Art, Corning Museum of Glass, Metropolitan Museum of Art, Mint Museum of Art, Mobile Museum of Art, Museum of Glass in Washington, Museum of Art and Design in NY, Museum of Fine Arts in Houston, National Museum of American Art, Smithsonian Institution in D.C., and the Philadelphia Museum of Art. She has recorded original music and has performed extensively, including theatrical pieces with Robert Sherman during the 1970’s, the Thunder Thigh Revue of the1980’s, Lorrainne Whittlesey and the notorious Ebony & Irony routine, and her one-woman, 20-year running performance titled Walk a Mile in My Drawers.

Additionally, Scott has been the recipient of myriad commissions, grants, residencies, and prestigious honors from institutions such as the National Endowment for the Arts, the Louis Comfort Tiffany Foundation, Anonymous Was a Woman, WPA, and the American Craft Council. In 1996, Scott was nominated for a National Living Treasure Award, and in 2010, she was presented with a lifetime achievement award from the Women’s Caucus for the Arts, in addition to a Masters of the Medium award. Scott was the subject of a documentary film based on the artists's life and artistic practice, as well as a PBS special, also based on the artists's life and artistic practice. The artist is represented by Goya Contemporary Gallery. 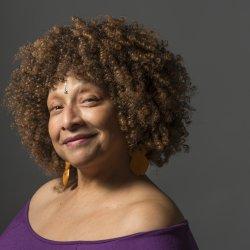