Through a combination of media, Ruppert seeks to develop a heightened consciousness of our precarious existence on this planet and how fortunate we are in our positioning in the solar system. His work reveals both nature’s destiny and ongoing pattern of change, as well as human interference on a global scale.

Ruppert’s work has been featured in numerous exhibitions both nationally and internationally. These include Grounds for Sculpture, Omi International Sculpture Park, Southeastern Center for Contemporary Art, Kreeger Museum, Katonah Art Museum, 2010 Miami Sculpture Biennale, Katzen Art Center, and the Baltimore Museum of Art. His work was included in a major traveling exhibition that debuted at Laumeier international Sculpture Park, St Louis. He had a one-person exhibition at the Chicago Cultural Center, which traveled to contemporary art centers in Virginia and Ohio. Last year, he was invited to curate a large installation of his work at The Center for Art, Design, and Visual Culture at UMBC.

Ruppert represented the United States at the inaugural exhibition at the National Museum of Contemporary Art in Tallinn, Estonia. He has also been included in exhibitions in Beijing and Shanghai, Latvia, Finland, and Poland and has been invited to participate in a satellite exhibition at the Venice Biennale.

Reviews of his work have been published in Art in America, New Art Examiner, Washington Post, Baltimore Sun, and the New York Times with feature articles in Art China and Sculpture magazine.

He has participated in artist residencies in Iceland; Aeolian Islands off of Sicily; Marseille, France; Salem Art Works/Cary Hill Sculpture Park, NY; as a Distinguished Visitor at Washington College; and most recently in the High Arctic.

Ruppert has been commissioned to create major sculptural installations for the BWI Thurgood Marshall Airport, the 2010 World Expo in Shanghai, the 2012 West Lake International Exhibition in Hangzhou, China, and more recently at Harbor Point in Baltimore.

John Ruppert is a full Professor in the Department of Art, at the University of Maryland, College Park. 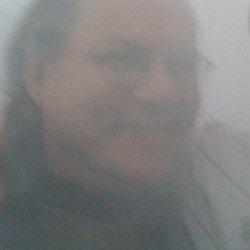