Known for performing “with precision and an impressive attention to timbral detail” (Boston Musical Intelligencer), percussionist Jeff Stern has developed a voice to listen for in today’s contemporary music scene. He has performed extensively throughout the United States, Europe, and Asia, and has collaborated with and championed the work of a number of the world’s most prominent composers. Recent premieres include Alejandro Viñao’s Stress and Flow with The Percussion Collective, James Wood’s Secret Dialogues for solo marimba, and John Luther Adams’ Sila at Lincoln Center’s Out of Doors Festival. As a proponent for the music of our time, Jeff also actively commissions works by emerging composers of his generation, such as Thomas Kotcheff, Robert Honstein, Emma O’Halloran, and Michael Laurello.

With The Percussion Collective, Jeff has toured the United States, performed on a live broadcast for WXQR’s Midday Masterpieces, and given a featured evening performance at the Percussive Arts Society International Convention. Jeff performs as an extra percussionist for the Baltimore Symphony and regularly collaborates with several new music ensembles including Kaleidoscope Chamber Orchestra (CA), Mind on Fire (MD), NewPrism Ensemble (DC), NakedEye Ensemble (PA), and ensemble mise-en (NY), with whom he toured to Hong Kong in 2018. Jeff has appeared at the Yellow Barn Music Festival, the Bang on a Can Summer Festival, the Norfolk Chamber Music Festival, and the Eighth Blackbird Creative Lab, and can be heard on Elm City and Cantaloupe Records.

Jeff is on the percussion faculties of the Peabody Institute of the Johns Hopkins University, Mount Saint Mary’s University, and the DMV Percussion Academy. Jeff holds degrees from UMass Amherst and the Peabody Conservatory, where he was awarded the Harold Randolph Prize in Performance. He recently earned an Artist Diploma at the Yale School of Music, where he studied with marimba virtuoso Robert van Sice. Jeff is a proud artist endorser of Vic Firth sticks and mallets, Zildjian cymbals, Evans drumheads, and Pearl/Adams drums and percussion. 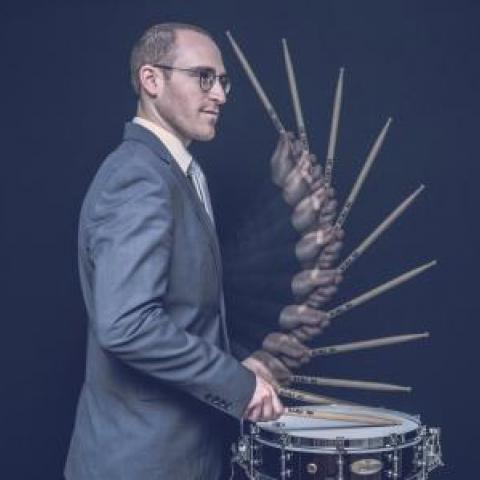