An American artist whose work transcends definition. His masterpieces are inundated with rich vibrant colors, textures and designs that conjure highly sensual, spiritual emotions, and concepts of the known and unknown. Ernest is also known for creating customized works based upon concept and décor of a space or a specific concept for showcasing. The versatility of his artistic talent is uniquely exceptional.

Ernest M. Kromah’s mission is to expose the world to his artistic creations and thinking in anticipation of influencing them to expand their minds for whatever purpose they may deem necessary.


All of which incorporated internship opportunities through local college institutions and private clientele.

Although he achieved a reputable name in the culinary field as exceptionally artistic and superb in creating authentic, unusual taste and presentation in his products, his passion has always been fueled by the various art establishments that he founded and operated mostly for the purpose of playing an instrumental role in the growth and development of other fine artists that included Joyce Scott, Thomas Miller, Jerry Prettyman, Robert O. Torrence, Januwa Moja, Nathaniel Gibbs, Andy Pigatt, to name a few.

A few of his major exhibitions include:


Currently, there is a team of community volunteers, businesses and other organizations working with the planning, development and implementation of several projects of Kromah Art Enterprises that include the following: The Kromah Art Reciprocity Project- including Kromah Art Publishing, LLC, renewal of Kromah Gallery, Blue Indigo Edibles, LLC, Ambrosia Caterers, LLC, Lee Newton Co., Digital Printing @ Graphics.net and Art With Food traveling exhibitions. Additionally the implementation of an education program is underway entitled, “Healing Through the Arts for Optimal Health”. We are looking forward to being coordinated with the St. Agnes Hospital Foundation’s initiatives in providing inspirational programs, whose mission is to contribute to the healing process, especially for terminally ill youths. In conjunction with the mission of the Healing Through the Arts program we have developed and implemented fundraising campaigns in coordination with the OGOT (OneGodOneThoughtCenter) a member of the UFBL (Universal Foundation for Better Living).
Ultimately his goal ,with his wife of 43years, plans to establish The Ernest and Gail Kromah’s Foundation for the Arts and Humanities 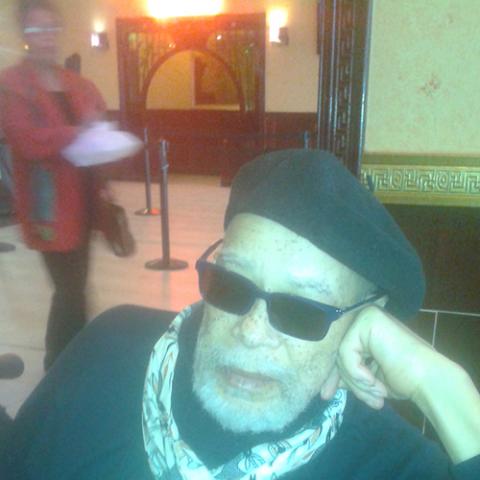