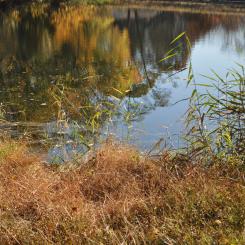 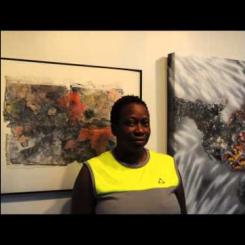 END_OF_DOCUMENT_TOKEN_TO_BE_REPLACED

Fine Art Photographer and Multi-Media Artist Denée Barr was born in Washington, DC and studied engineering, film, video, printmaking, papermaking, and painting at the University of Maryland College Park and photography in private studio at the Howard County Center for the Arts in Ellicott City, Maryland. Barr frequently combines various mediums to create her photo based artwork. The Ikon Gallery in Birmingham, England selected her photos to be included in a touring exhibition in the UK entitled "Everyday Stories" featuring artwork from exceptional, international artists (1995-1996). An accomplished singer Denée Barr is the first recipient of the "International Vocal Solo Competition 1979" at Howard University in Washington, DC. Denée studied voice with Audrey Nossaman Snapp at the School of Music University of Maryland in College Park, Maryland. In 2003, Denée Barr was awarded a Maryland State Arts Council Individual Artist Award Grant for artistic excellence in photography. In celebration of Columbia's 40th Birthday, a mini-retrospective Denée Barr Photographs Columbia, Maryland (1997-2006) was on exhibit at the Columbia Foundation in the American City Building, Columbia, Maryland (2007-2008). Two of her photos are in the Heart of DC: John A. Wilson Building Public Permanent Art Collection in Washington, DC. One photo toured in the Maryland-Kanagawa, Japan 25th Anniversary Sister State Cultural Exchange Exhibition Landscape & Nature: A View From Maryland touring throughout the State of Maryland and eventually on exhibit at the Kanagawa Earth Plaza for Global Citizenship in Yokohama, Japan. (2006-2008) In 2009, Nature of Things: Transformations Within Nature Photographs by Denée Barr was on exhibit March 30 - May 28, 2009 at Adkins Arboretum on Maryland's Eastern Shore. In 2009, from May 29-July 5 at Artomatic DC Festival Denée's photo mini-gallery "Under Construction by Design" was installed on 5th floor Area 7 and an artist talk took place July 3rd from 2-3pm. Through August 1, 2009 three photos by Denée were on display in "A Line in Time" exhibition in the Let There Be Light Art Gallery at Catonsville Presbyterian Church, Catonsville, Maryland. In 2010, Denée presented her photography collection From A Global Window: The Caribbean in an artist talk at the Library of Congress and at the Organization for American States in Washington, DC. Looking from Within a film project directed by Denée Barr was released in 2014 with a screening in DC Listening Lounge visual and experimental sound installations at the Goethe Institut in Washington, DC 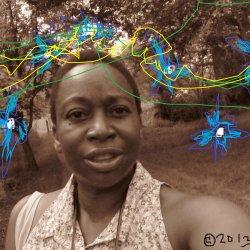