David Zuccarini was born in Baltimore and attended the Corcoran School of Art and the Maryland Institute College of Art. His studies with Joseph Sheppard and Abby Sangiamo immersed him in the techniques of the Renaissance and Baroque masters, with simultaneous exposure to contemporary artistic movements.

The subjects of Zuccarini’s paintings are frequently taken from his immediate surroundings. His family, students, and studio figure prominently in his work. “In the process of painting those subjects that you know, you find your own voice," he says. "You learn from each piece that you do and sometimes a dialogue ensues. You start out with one idea, and by the time you finish the piece something else occurs to you. It’s an ongoing process."

Zuccarini has been elected to membership in the Pastel Society of America and the Academic Artists Association. Among his honors and awards are the Gold Medal of Honor and Best in Show from the Academic Artists Association, the Prize for Figure Painting from the Pastel Society of America, and a Maryland Artists Fellowship Grant from the Maryland State Arts Council.

In addition to painting, Zuccarini teaches art at his studio at the Howard County Center for the Arts, continuing an artistic lineage that reaches in an unbroken line from the 17th century to the present. He is a recipient of the Distinguished Teacher Award from the White House Commission of Presidential Scholars. 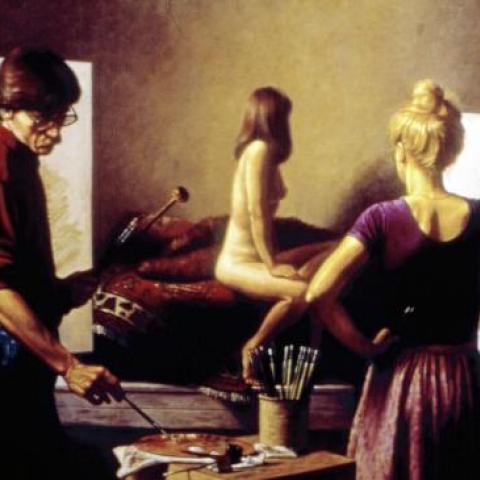