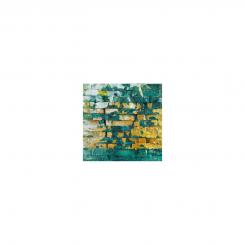 David Paul Bacharach (b.1949) was born in Baltimore, Maryland. At an early age he was taught watercolor painting and sewing by his grandfather, how to work metal and wood from his father and picked up a passion for weaving from his mother. He studied at Case Western Reserve University, receiving his B.A. in Biochemistry in 1971 and received advanced training in physiology in 1974 from the University of Maryland. David is totally self-taught as an artist. While still in high school he began exhibiting his work locally and then nationally. After teaching for 10 years at University of Maryland, and part-time at the Maryland Institute of Art he became a full time studio artist. David is the recipient of three Maryland State Arts Council Grants, has been featured on the television program “Modern Masters” and has been awarded a Smithsonian award of excellence. He has taught and exhibited extensively in group shows and solo exhibitions and his work is in the collections of the Museum of Art and Design, (NY, NY), The Craft and Folk Art Museum, (LA, California), three American Embassy’s, The White House,(Washington, DC), as well as numerous public and private collections.
David is best known for his research in and experimentation with applying textile and basketry techniques to metal as well as the way he manipulates and patinates his metal work. He works principally with sheet copper and steel wire creating forms that are fabricated in ways similar to woven, knitted or plaited fabric. David cites utilitarian weavings and baskets of ancient cultures as being a continued reference and inspiration for his work. 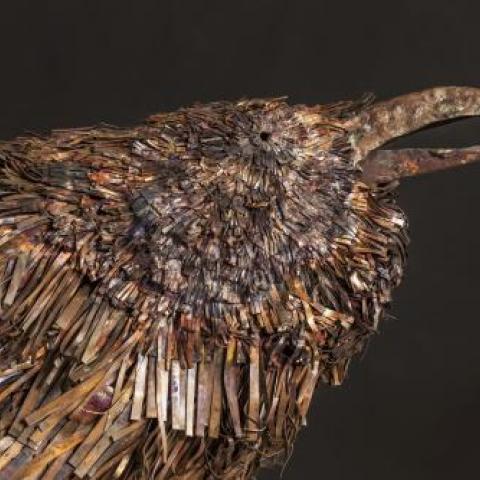