Colette Krogol (she/her/hers) is a Cuban-American, bilingual artist, originally from Miami, Florida. She is a choreographer, director, performer, filmmaker, and educator. In 2020 she received the Helen Hayes Award for 'Outstanding Choreography in a Play' for her work in Round House Theatre's production of The Curious Incident of the Dog in the Night-Time. Krogol is the Artistic Director of Orange Grove Dance(OGD), alongside her partner, Matt Reeves. They have been making work collaboratively for over thirteen years through OGD, a multimedia dance company that creates visually athletic experiences through the lenses of dance, film, and design. Krogol holds a Master of Fine Arts in Dance from the University of Maryland and a Bachelor of Fine Arts in Dance from the University of Florida. Her formative years were spent training at New World School of the Arts.

As Orange Grove Dance, Krogol’s acclaimed works and commissions have been produced and presented worldwide in museums, concert stages, film festivals, underground tunnels, city streets, black box theatres, public parks, botanic gardens, and high-end hotels, ranging in location from Rauma, Finland to Brooklyn, New York to Washington, DC to Wuhan, China. She has taught master classes and workshops, as well as set repertory across the United States, Europe, and China. Orange Grove Dance's choreographic and cinematic work has been produced and presented extensively internationally by The Finlandia Foundation, The Jerusalem Academy of Music and Dance, Lönnström Taidemuseo, Museum of Zhang Zhidong, Raumars AIR, Officina Creativa, CerCCa, and Klaustrid at Skriduklaustir. On screen, OGD has produced numerous independent dance films that have shown in cities from Munich, Germany to Boulder City, Nevada while their film The Archetypes was nominated for an ‘Arthouse Film’ award by the Stockholm Independent Film Festival and was awarded ‘Best Dance Film’ by the Et Cultura Film Festival.

OGD was featured in Dance Teacher Magazine (June 2018) sharing Colette and Matt's creative practice in collaboration through life, performance, creation of new work, and teaching. Krogol's research interests and current choreographic themes are: identity, immigration, exoduses, displacement, technology and its effects on relationships, and memory mapping. She has served as faculty at George Washington University, University of Florida, University of Maryland, and Wuhan Institute of Design and Sciences in China as well as directed university residencies at American University, Dickinson College, Hillsborough Community College, and Jerusalem Academy of Music and Dance. Outside of the university structure, Krogol has been Artist-In-Residence with numerous organizations, creating choreographic and cinematic works in Finland, Iceland, Italy, Spain, and China. 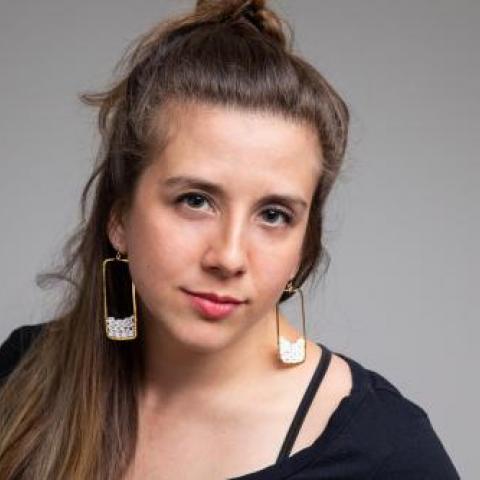