When I was 25, I came to XandO Cafe in Charles Village when it existed and competed in my first poetry slam. Then I culled decades of notebooks for anything worth performing in front of a basement of beautiful, unwashed college folk, then I became co-host and slammaster and started representing the DC/Baltimore area at Poetry Slam, Inc. (PSi) events around North America.

Between 25 & 35, I published my first two poetry collections (Fridge Press's A Life Called Special, rooted in my decade as a special educator in Baltimore, and Pushcart Prize nominated Loving Instruments on Sargent Press).

When I was 35, I won the Indiviual World Poetry Slam and got to represent the United States at the Poetry World Cup (Coupe du Monde) in Paris, France. I legit spent one night at a Parisian cafe passing a joint and a bottle of wine among a bunch of artists, like my own favorite travel stereotype.

Also, I was assaulted on tour. One night afterward, I blanked out in the middle of Patterson Park, came to when my dog started licking my face.

In 2013, I got invited by Matt Mason, poet, then friend and director of the nebraska writers' collective to serve as Artist in residence, acting as coach to student poets and mentor to slam poietry coached trhoughout the state.

And then Matt Mason used the N-word to at least one student of color at a youth event. And fired me after I reported it. Don't worry, he still runs the collective.

At some point, I became a teaching artist with Young Audiences of Maryland. At some point I got really into screenwriting again and

and then my dad died

oh and the near fatal car accident

So Now, everything I write,
performance poems
essays
that serial screenplay about the Multiverse that I absolutely WILL produce

it's all about trauma as time travel. 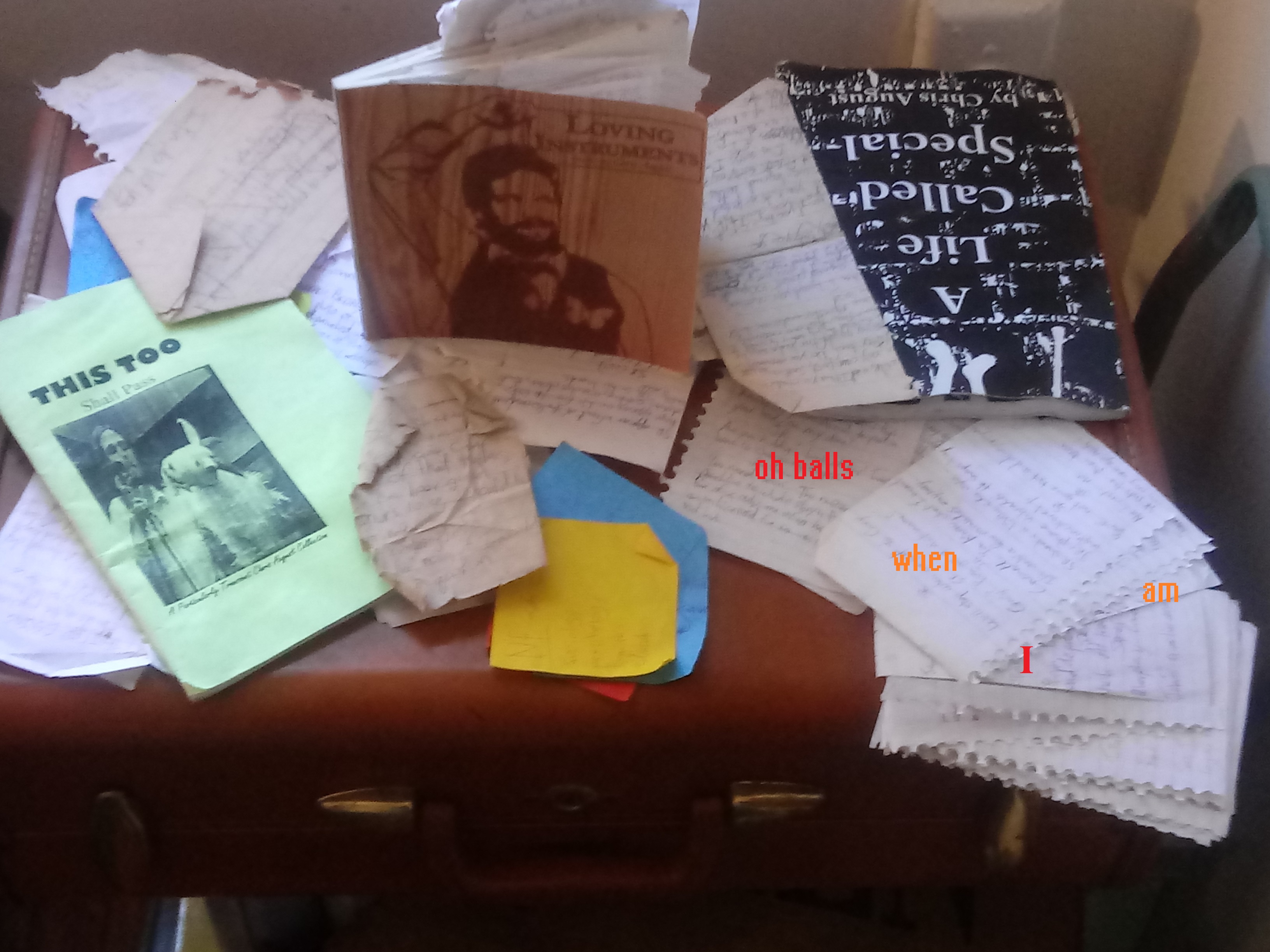