Benjamin Buchanan (b. 1989) is a Baltimore based organist, beatboxing toy pianist,  composer, and performance artist. Described by the late three-time Nobel prize nominated poet, Yevgeny Yevtushenko, as a “most quickly enflaming young composer,” his music has received performances in Sweden (violinist Peter Sheppard Skærved), Hungary (by flutist Gergely Ittzés), Italy (by Ensemble 5.9 and by Antonietta Loffredo), Haiti (by Les Petits Chanteurs), and throughout the United States by varying artists.

An ardent toy pianist, Benjamin wrote a Concertoish for Toy Piano & Friends that was heralded as “wryly titled” (Tim Smith, The Baltimore Sun) and this year alone has been a featured composer at the 2019 Music as Play international toy piano festival in Como, Italy and the 2019 Toy Music Festival in Seoul, South Korea.

The Urban Institute for Contemporary Art in Grand Rapids, Michigan exhibited Symphony of Gestures, a collection of Buchanan’s collaborations with the sculptor Sara Dittrich including the composition Physical Arrangement for String Quartet which, among other things, called for the ‘cellist to use a 9 foot long end-pin as they performed atop an 8 foot tall chair. This exhibit was voted by the public into the Top 5 for Time-Based Art during ArtPrize 7. His art song Wozzeck: A Review – Berlin, 1925 was a musical setting of a scathing review of the world premiere of Alban Berg’s notorious opera, and won the 2014 Virginia Carty DeLillo Composition Award, first prize, from the Peabody Conservatory.

Combining his love of music with his passion for social activism Benjamin, working with his older brother, Dr. Douglas Buchanan, co-founded Voices Rise: A Baltimore Choir of Hope for which Benjamin is accompanist and assistant director. Funded by a Dean’s Incentive Grant from the Peabody Conservatory Voices Rise works with individuals suffering from or at risk of homelessness, working to cultivate a spirit of recovery through creating an experience of community via making music together. Tim Smith of The Baltimore Sun wrote that "One of the most impressive examples I've come across of musicians helping people in need is Voices Rise: A Baltimore Choir of Hope…”

Benjamin’s creative passions include promoting the values of a compassion-based vegan lifestyle, touring John Cage's 4'33" everywhere he goes (complete with a JOHN433 Maryland license plate), and constantly racking his brain to create more ways of promoting peace through his love of music and the arts. Relatedly he enthusiastically engages in conversations about how it is that we find value in art and is deeply interested in the vantage point of relational aesthetics — wherein the aesthetic qualities through which a work of art is considered to be of value is not based on traditional models of beauty but rather based on the value placed upon the human relations which that piece of art brings into existence.

If asked about his musical aesthetic Benjamin might respond with: "I strive for my art to serve as a reminder of the omnipresent beauty inherent in this existence. To this end I seek to utilize a range of tactics: from reshaping the traditions of musical presentation with atypical performance techniques and structured multi-sensory immersions, to the use of absurdity and the design of audience expectations in the pursuit of producing humor, shock, and empathy. For these reasons I have found that each audience I wish to serve through my compositions require unique approaches and their very own musical languages. I am often hard-pressed to pin down a stylistic description, but I find that much of my art could possibly reflect the characteristics of someone who has been recently re-expelled from the Second New School of Post-Neo-Avant-Garde anti-Futurist Flux-Complexity for the Development of Semi-Progressive Transomni-Modernism."

Benjamin is the rehearsal pianist for the Maryland Choral Society and serves as Organist - Music Director at St. John's Episcopal Church - Western Run Parish where he also runs the Music in the Valley concert series and regularly works with the Les Petite Chanteurs children’s choir of Holy Trinity Music School in Port-au-Prince, Haiti.

Benjamin has been a participant in the High Score New Music Festival in Pavia, Italy and holds a Master of Music degree in Music Composition from the Peabody Conservatory where he studied under Michael Hersch. He additionally holds a Master of Music in Music Theory Pedagogy from the Peabody Conservatory for which his qualifying paper was Demonstrating the Theory of Western Tonal Music through examples of Popular Music from 1965–2014: An Anthology. He received a Bachelor’s of Music in Piano Performance from the University of Tulsa under the tutelage of Dr. William Roger Price. His qualifying Senior Thesis on sibling composers was Nurturing Music: It’s all in the family.

Benjamin Buchanan may be seen performing throughout the Baltimore and Washington D.C. areas as an organist, pianist, and (most importantly) toy pianist. 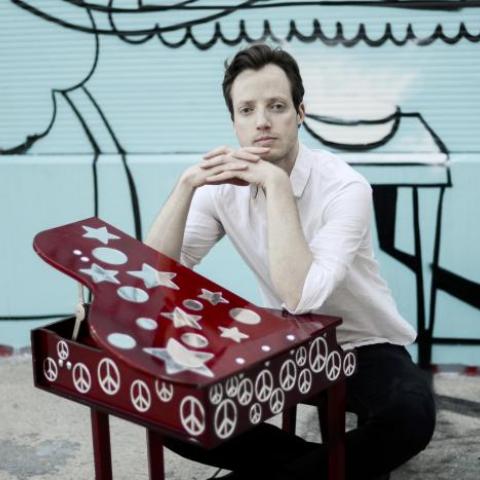