Amy Sherald's most recent honors include the 2016 Outwin Boochever Portrait Competition grand prize from the Smithsonian’s National Portrait Gallery and her solo exhibition in Chicago at moniquemeloche over the summer of 2016. Sherald lives in Baltimore and received her MFA in Painting from the Maryland Institute College of Art (2004), BA in Painting from Clark-Atlanta University (1997), and was a Spelman College International Artist-in-Residence in Portobelo, Panama (1997). She is a recipient of the Joan Mitchell Foundation Painting and Sculpture Grant (2014) and a Pollock-Krasner Foundation Grant (2013). Her most recent solo exhibitions include Off The Chain: American Art Unfettered, 2nd Street Gallery, Charlottesville, VA (2015); Amy Sherald: Paintings, Reginald F. Lewis Museum, Baltimore, MD (2013); and an exhibition at the Richard J. Demato Fine Arts Gallery, Sag Harbor, NY (2011).  Residencies include an artist residency assistantship at the Tong Xion Art Center in Beijing, China (2008) and a private study residency with Odd Nerdrum in Larvik, Norway (2005). Her work is in notable public collections, including the National Museum of Women in the Arts, the Smithsonian Museum of African American History and Culture, and the Embassy of the United States in Dakar, Senegal. She is represented by monique meloche gallery. 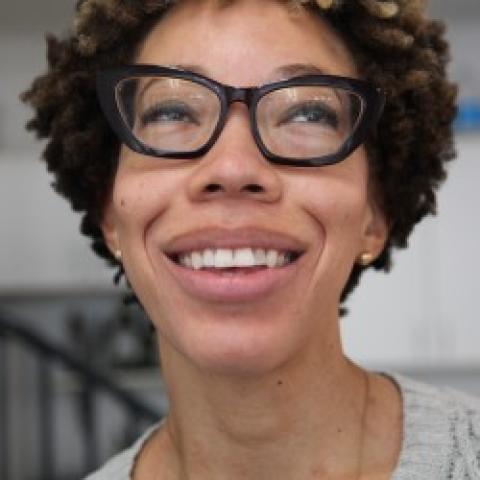