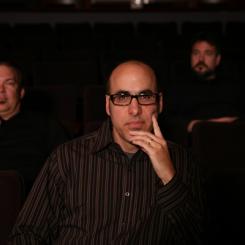 END_OF_DOCUMENT_TOKEN_TO_BE_REPLACED

Baltimore based pianist and award-winning composer. He and his various groups have performed at Blues Alley, the Kennedy Center, and many festivals and venues from San Francisco to New York. Recent performances have been with Donny McCaslin, Joe Locke, Helen Sung, Vardan Ovsepian, Orrin Evans, Ferenc Nemeth, Mike Pope, Warren Wolf, Tim Green, Richie Cole and Othello Molineaux. He was awarded the eastern regional songwriting award by the Gospel Music Association and was selected to be part of the Betty Carter Jazz Ahead program at the Kennedy Center. Additionally, he has received grants from the Maryland State Arts Council in jazz composition and performance for the years 2007, 2009, 2010, 2011, 2012 and Baltimore Creative Fund grants for 2009 and 2010. The Chamber Music of America Society just awarded the prestigious New Jazz Works Commission to Alan for the years 2011-2013. Original arrangements and performances of his music have been featured on NPR’s Talk of the Nation as well as current TV shows Parenthood, Grey’s Anatomy, Nashville and Redemption as well as Stephen King’s movie 1408.
Alan released his first CD of original music, Shadowdance, in January 2000 and is currently working on his first jazz composition book tentatively entitled, Changing Standards, which will be accompanied by an audio CD of his original arrangements. Turning Point featuring David Bowie bandmate Donny McCaslin was released in 2010 on Top Floor Records. The 2 Piano Project, Alone Together is compiled from recordings of the duo concert series he started in 2007 at Howard Community College and was released in 2012. His latest recording, The Coastal Suite, a multimedia concept piece, is now out in enhanced CD format. He participated in the Banff (Canada) residency program in November of 2013 and JazzAhead in Germany 2014.
His latest release on Summit Records is slated for Fall 2017 release and features guitarist Gilad Hekselman. In addition, there are two new multimedia concept works in pre-production: ONCE UPON A PRAIRIE- a re-imagining of 19th century Americana compositions and PHENOMENA- a musical story-telling of rare natural occurrences. 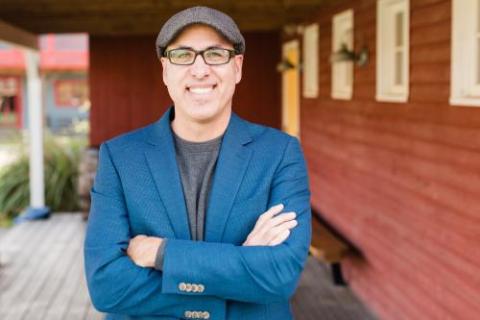