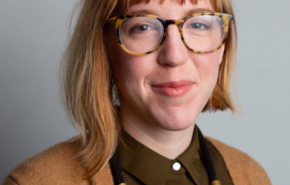 When I Was Your Age

After hearing the song, "When I Was Your Age," written and performed by Baltimore-based musician Letitia VanSant, on her album, Parts and Labor, I was inspired to use it as a script to create a painted crankie, connecting the themes of loss and climate change to my own experience growing up along the Eastern Shore of Maryland as a young child. This piece is a personal response to the helplessness I have felt after the latest climate-based tragedies. I understand that donating, volunteering, living sustainably, and policy work are crucial, as is the focus on poor and working class communities of color who live near coastal lines. Nonetheless, with the 2018 UN Climate Change Report, and our current administrations' attitude towards climate, the reality of the desctructive, intersecting paths of climate change across the globe has never been more clear; this piece is a moment to feel and reflect, to balance the dual need for urgent action.

In the spring of 2018, with a Neighborhood Lights grant from Baltimore Office Promotion of the Arts as part of Light City, I had the pleasure of collaborating with an incredible group of residents, community parters, artists, musicians and organizers to create two original shadow puppet plays that imagine a history of Remington and Brooklyn/Curtis Bay from the lens of de-industrialization, distinguishing what makes the neighborhoods distinct and what draws them together. With my family being from Baltimore, and parents who grew up in a working-class household, I was curious to explore and understand this history deeper. With the aid of local historians, community-leaders, business-owners, and artists, I hope to show an evolution in the on-going effort to revitalize Baltimore, examining both positive and negative effects, while maintaining a sense of dignity for these unique neighborhoods.

Materials: projection screen, three over-head projectors, acetate, tyvek. The images are cut out and layered on three different overhead projectors at the same time to get a sense of depth and movement. For each Neighborhood Lights event, three puppeteers performed live while I read narration, and the band Trucker Talk played live on stage next to the screen. There were opening acts from local poets, puppeteers, and musicians, community tabling for resources, family activities, and local food vendors. Please see credits for a list of all the people that contributed to this project.

Workshops: Along with the Opening Night Event and projected shadow puppet performance, each neighborhood project had a workshop component to teach a skill. For both neighborhoods, we made laser-cut, LED-lit lanterns with drawn silhouettes of iconic imagery from the area on each panel.

In Fall 2016-Spring 2017, I partnered with the Hamilton/Lauraville MainStreet Association and Baltimore Office Promotion of the Arts, along with Baltimore muralists Hanna Moran and Lindy Swan, to create an illuminated mural along Harford Road. The project, named "FloraLume", culminated in a giant party in an empty lot where the neighborhood has its Farmer's Market. With the lot slated for development as a community kitchen, we used this project to promote and uplift the area's commitment to sustainability, farmers, gardening, bee-keeping, locally-owned restaurants and family-friendly activities. The workshop component gave families a chance to play with UV lights on their own; they collected leaves and plants from the area and created UV-reactive cyanotype posters that families could then screenprint with neon ink.