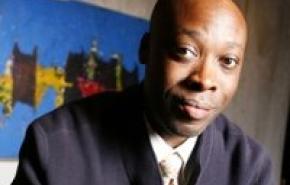 Kent's artwork is cyclically about the process and medium which inspires the conceptualisation of something out of nothing; which in turn is honed to a specific result that communicates the idea which inspired the creative process in the first place - experienced as an inch, an inkling, a scratch at the back of the brain, an obsession; whatever you name it - inspiration. Kent combines dramatic gestures, vivid colors, multiple layers, impasto, collage, print, and reverse text in his paintings... more
View Jeffrey's Resume

Surface From Under The Microscope: The Henrietta Lacks Series

Thanks to Oprah Winfrey and Rebecca Skloot, the rest of the United States is intimately acquainted with Henrietta Lacks, a name which was almost erased from history, forever. But the Lacks story has been a Baltimore story for generations, now, and a focal point for Jeffrey Kent since 2011.

Kent found the inspiration for “Surface from Under the Microscope” in the microscopic images of the HeLa cells, which he found during meticulous research on Henrietta Lacks’ story. The idea to create based on this story was planted in Jeffrey Kent’s head by Alex Hyman, at a reception for a Kent show at Myrtis Bedolla’s ‘Galerie Myrtis,’ who matter-of-factly suggested Kent should paint “something” about the story. Having just hung his last project, Kent’s curiosity was free to roam- and research- and finally, to become inspired by the HeLa cell.

The story had engulfed Jeffrey and the images of the stained cells inspired the voice and energy of the collection. The images were both beautiful, and full of movement and depth; layers like the story of the "immortal" cells themselves. Kent learned the process he used to create these paintings from internationally acclaimed American artist Sam Gilliam, who works in ever-expanding mediums. The heavy layers of paint and polymer create a reflective depth, like the smooth radiation of movement of the HeLa images. As the “immortal” cells of the story inspire the art, the paintings in turn keep the story alive.