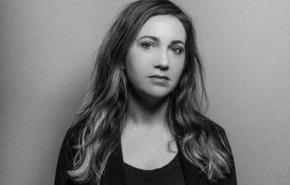 Flourish is my fourth book of poetry, published by Carnegie Mellon University Press in 2020.

In Flourish, multiple meanings catch light—as the leaves of growing things might, or the facets of cut gemstones, or a signal mirror flashing in distress. These poems explore themes of thriving, growth, innovation, and survival, while immersing the reader in the pleasures of language itself—the “flourish” of linguistic gesture, play, form, turn, and adornment. Here, the lens zooms in and out to micro and macro levels, asking us to see the familiar with new eyes. The collection engages with the materials of the worlds we inhabit—natural worlds and those of our own making—and a full spectrum of poetry’s own materials, building worlds of words and illuminating the shadowed terrain of our interior landscapes as well.

Poems from Flourish are featured on the Academy of American Poets website and have been anthologized in The Best American Poetry 2015 (Scribner, 2015), Poem-a-Day: 365 Poems for Every Occasion (ABRAMS, 2015), The New Census: An Anthology of Contemporary American Poetry (Rescue Press, 2013), and Still Life with Poem: 100 Natures Mortes in Verse (Literary House Press, 2016).

Stet is my third book of poetry, published by Princeton University Press in 2018. Stet takes constraint as catalyst and subject, exploring what it means to make (or break) a vow, to create art out of a life in flux, to reckon with the body’s own bounds, and to arrive at a place where one might bear and care for another life. Through the processes of constrained forms, particularly the revealing limitations of the anagram’s dismantling and binding, Stet’s procedural methods and serious play insist upon the intimacies and connections to be found within the multivalent materials of language written and language sounded.

Stet translates roughly as “let it stand,” a proofreading annotation used to retain or return. This sense of uncertainty (changes made and then reconsidered), haunts the collection as its poems explore what is left unsaid through erasures, redaction, and orthographic limitation. How does one “go back on one’s word” or “stand by” one’s decisions? Can a life ever actually be “remade” or “revised,” or are past elements ever-present as palimpsest? The uncertainty of both actions and representations of those actions is the truth of the matter. Embodying the physicality and potential for “re-production” inherent in the collection’s forms and figures, the collection ends figuratively and literally expectant, not searching for closure, but awaiting the messy, living possibilities of what-comes-next.

The book as a whole attempts to both trouble and console a reader who, like the speaker-author, longs for a fresh start and new language and must “make do” with building a life out of the materials (linguistic and autobiographical) at hand.

Say So is my second book of poetry, published by the Cleveland State University Poetry Center in 2011. The poems in Say So are at once formal and experimental. Human utterance—be it prayer or plea or pun or turn of phrase or epithet—is one of Say So's primary pistons; poetic tradition—rhyme, meter, form, rhetoric—is another; the beauty and betrayals of the body, or bodies—echoed in the beauty and betrayal of language itself—is a third. Together, these forces provide the pressure that makes Say So move and brings these poems to life.

Poems from Say So are featured on the Academy of American Poets website and have been anthologized in The New Census: An Anthology of Contemporary American Poetry (Rescue Press, 2013), and No Near Exit: Writers Select Their Favorite Work from Post Road Magazine (Dzanc Books, 2011).

Reviews of Say So appeared in publications that include The Rumpus, r.kv.r.y, New Welsh Review, On the Seawall, and The Berkshire Eagle.

Shore Ordered Ocean is my first book of poetry, published by The Waywiser Press in 2009. By turns playful and serious, the poems in Shore Ordered Ocean, revel in the inherent tensions and pleasures of sense, sound and syntax, reveal the resonance in the offhand utterance, seek the unexpected in aphorism and cliché, and tap into the paradoxical freedom of formality. The collection explores place, politics, the body, love, art, and more. It is bound together by an urgent, physical relationship with language itself.

Shore Ordered Ocean was longlisted for the International Dylan Thomas Prize. Poems from Shore Ordered Ocean are featured on the Academy of American Poets website and have been anthologized in Best New Poets 2007 (selected by Poet Laureate Natasha Trethewey), The Best of Poetry London, and The Hecht Prize Anthology.

Commissioned by composer Jacob Cooper, the lyrics of "Unspun" were written in reaction to a haiku by Matsuo Bashō: “How delicately / The silver threads of rain / Sew sky to the earth.” "Unspun" is the penultimate and longest track on Silver Threads, Cooper's major label debut released by Nonesuch Records in 2014, a six-song cycle sung by soprano Mellissa Hughes.

I am currently working with Cooper again on a libretto-in-progress called Threnos​, in collaboration with artistic director Karmina Šilec.

My visual poems take the constrained and the recombinant as form and figure. Recurring imagery and a black-and-white palette speak to and of the anagrammed words obscured and revealed in each piece.  The anagrams simultaneously dismantle and bind, echoing the obsessive visual repetitions and re-formations. The methods, concerns, and materials of this visual project are in conversation with my third collection of poetry, Stet, published by Princeton University Press in 2018. Some of these visual poems have been published  Poetry and Poetry Northwest.

My other visual pieces here are also in conversation with my poetry. While these pieces don't integrate text like my "visual poems" do, some share titles with poems and incorporate thematic and emotional elements that reverberate off of texts while also functioning independently, while others accompany poems as letterpress broadsides.

Blogging for The Kenyon Review since 2015 has enabled me to reflect on poetry, poetics, and creative pedagogy in an ongoing way. I have connected the work of poets past and present to the conversations of contemporary writers and readers, including interviews with poets, activists, and editors engaged in literary efforts on and off the page. My recurring  concerns include: curriculum diversity in the literary arts and inclusive teaching methods, traditional and experimental forms, and connections between the artistic and the political.

To give a sense of the organic progression and critical scope of my writing, I have excerpted a chronological selection of nine pieces that touch on a number of different interconnected aspects of formal innovation. Each piece is provided here as a PDF; if you would prefer to read the pieces online at The Kenyon Review blog to access the hyperlinks in the pieces, you can follow the links below:

An historic partnership between the International Writing Program and the Moscow Art Theatre, Book Wings was a bilingual performance that brought together the worlds of literature, theatrical performance, and new media. Book Wings united two stages and theatre companies to produce (in real time, across ten time zones) a collaborative performance of new poems commissioned for the project. A three-year initiative, 2012 marked the first annual Book Wings performance and featured American and Russian poets addressing the theme of contact. My contributions to the project are a piece titled "Travelogue" and several translations of the Russian poet Inga Kuznetsova in collaboration with Mayhill Fowler.

I am in the early stages of work on a new, as-yet-untitled manuscript that explores how we "locate" ourselves through our senses of home, identity, allegiance, and truth – our moral and geographical compasses.

Poems from this manuscript have appeared or are forthcoming in publications that include Poetry, Poetry International, Modern Language Studies, Memorious, Lana Turner, and The Hopkins Review (featured in its recent portfolio of poetry inspired by the Baltimore Museum of Art).

Poetry can be a part of larger efforts to facilitate community-building, connections, and empowerment of individual and collective voices. I am particularly focused on empowering the voices of youth in our communities through the written and spoken word. When I lived in the Midwest, I worked to help found and then directed the language arts outreach organization the Iowa Youth Writing Project, and here in Baltimore, I am engaged in ongoing collaboration with Writers in Baltimore Schools. Read more about the JHU Writing Seminars High School Program I collaborated to launch in Spring 2016 here:

Read youth writing and interviews with local poets and activists from the Spring 2016 collaboration here: