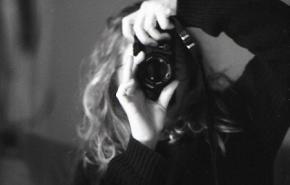 Camille Roche is a French photographer based in Baltimore, Maryland. Since moving to Baltimore in 2017, the main focus of her work is strangers, and the connections you can create, the intimacy you can develop through the lens. She is intrigued by the beauty and complexity of people; therefore, she loves talking to strangers, walking around cities, and being told stories.


As a foreigner, some subtleties of English language are still mysteries to me. I can’t help but remembering this conversation I had with a friend as I was trying to figure the difference between belong to and belong in. She explained: “Saying I belong to Baltimore is more like I am there now, and I love it, whereas I belong in Baltimore could either be I'm not there but should be, or I'm there and not going to leave for any reason.” That subtlety and those questions - what belong somewhere, in somewhere, or to somewhere means - is what I am trying to explore every time I am shooting in the streets of Baltimore.

The discreet poetry of...

Baltimore is inherently in-between, between North and South, between past glory and uncertain future, between sinking and healing. Director John Waters puts it better: “I would never want to live anywhere but Baltimore. You can look far and wide, but you'll never discover a stranger city with such extreme style. It's as if every eccentric in the South decided to move North, ran out of gas in Baltimore, and decided to stay.”

I moved here in January 2017, straight from Paris, and started to craft the images of this series not long after. Baltimore is a gold mine for every visual person, and there is always a need for images challenging the narrative offered by the mainstream about the city.

This ongoing series aims to create interlope places, places that both really exist and only exist on film, places dreamy and unearthly, but also to emphasize the high contrast underlying in the city and in America overall.

This series entirely relies on an accidental aesthetic, allowed by the use of film. Images always come out with something unexpected, a loss of control, where beauty can start and grow, just like flowers in abandoned buildings…

More a statement than a project description :

Recording the seconds after a smile, the moments of love, intimacy, curiosity, tenderness, the look of someone, the striking and not-so-striking details, the moments of in-between or nothingness, is what drives me as a photographer.

I work primarily with film, enjoying the process and the aesthetic, but also how sensual it is, I love grain because this is material. The fact it leaves room for accidents, impromptu, and a slight loss of control also resemble my practice : you can never be certain of what you’ll get.  Mostly influenced by French “Humanists” photographers, I take pictures to create connections, convey empathy, find some magic, and try to make sense of an utterly chaotic world.