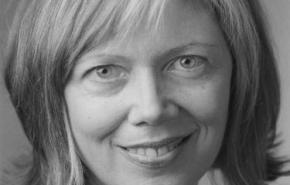 Lorraine is a composer, producer, writer, performer, and collaborator who began her professional career as a member of the Peanut Gallery on NBC's Howdy Doody Show in Manhattan. She was trained as a concert pianist but after several years as a competitor she realized that her preferences were in the fields of composition and writing. She studied TV and Film Scoring at UCLA and wrote the original music for the award winning documentary "We Are Arabbers." Her original work was featured by the... more
View Lorraine's Resume

This was a commissioned performance piece for the Walters during Baltimore's celebration of Sister City, St. Petersburg, in Russia. The piece centered on the lives of two women of different ethnicities who met while traveling to Russia in the early part of the 20th century. Much history of that era was incorporated into the performance and the Russian language was used in some of the songs and dialog.

A Theremin lecture/demo/concert was presented at The Walters Museum in March of 2003 by Lorraine Whittlesey as part of the 'Vivat! celebrations since the inventor of the Theremin, Leon Theremin, was from Russia.

On November 10, 2000, Lorraine L. Whittlesey released "Try Me", an album which contains original works written and performed by Ms. Whittlesey featuring Joyce J. Scott as vocalist. The album received favorable notices and some of the material is included in their ongoing performances. Styles ranged from R&B to classically inspired works.

McDaniel College commissioned Whittlesey while she was the Yale Gordon Artist-in-Residence, to write an original composition for the Morpheus Trio whose instrumentation is mezzo soprano, horn, and piano. This is the live 14 minute recording of the November, 2001 premiere, performed by the Morpheus Trio. Whittlesey decided to write this work as a tribute to the complexities and originality of the writer Lewis Carroll.

LLW has always been fascinated by Lewis Carroll's writings, and the lyrics of this address Carroll's mathematical contributions. His real name was Charles L. Dodgson who taught math at Oxford University. He was also a skilled photographer.

In this composition Whittlesey describes 'Memoria Technica' as a landscape of music and text interwoven with references to Lewis Carroll's works.

Synaesthesia was a collective of selected Composers and Poets who would choose a visually inspiring piece of art from the collaborative Museum, write and compose their interpretations, then present the net result to an audience at either the Walters Art Museum or the American Visionary Art Museum. LLW participated in two of the events and collaborated with Clarinda Harriss for "Grave Mask" and David Beaudoin for "Salt" which featured Ms Whittlesey performing on a Theremin.

Joyce J. Scott and Lorraine L. Whittlesey began collaborating in 1997 after a mutual friend,George Ciscle, suggested they would complement each other's talents. The timing was right; composer, producer, and performer Whittlesey had just finished a series of concerts and a stint at the Peabody Conservatory's Computer Music department and was in negotiations with the American Visionary Art Museum (AVAM) for a residency that would commence the following year. Visual artist and performer Scott was busy preparing for her one woman retrospective at the Baltimore Museum of Art (BMA) and hadn't performed in quite a while.

Ebony & Irony l was presented 12 March, 1999, at the (then) Lodge on Highland Avenue in Baltimore, the home of the Creative Alliance. The mission of Scott and Whittlesey was to address, through original music and topical humour, the issues of race, politics, sexual mores, and assorted stereotypes. The program included the additional talents of Donna DiStefano, Jimmy Wilson, David Crandall, and Joe Wall. The program included original songs by Whittlesey such as Baby Baby, and Try Me. Acoustic and electronic instruments were used.

Ebony & Irony II: Martini Madness took place at the Lava Lounge, the summer headquarters of Maryland Art Place (MAP) on 22 August, 1999. In addition to many performers from the previous lineup, composer/pianist Lafayette Gilchrist accompanied Ms Scott on their arrangement of Season of the Witch. In addition to their original material, Scott and Whittlesey performed a medley tribute to the musical Hair. The title Martini Madness seemed to be a perfect fit for that time since so many variations of the classic Martini were springing up around town and everywhere else.

On 16 June, 2000, the critically acclaimed duo brought Ebony & Irony III: The Naked Truth to the Ground Floor on Thames Street in Fells Point which was then the current residence of the Creative Alliance. The lineup consisted of Joe Wall, Donna DiStefano, David Crandall, Charles Funn, Linda Nelson, and guest artist from The Sun, M. Dion Thompson. In addition to some of their own (by then) standards, Joe Wall, who had always been somewhat in the background with tech work, performed a memorable and unique version of "Oh Lord, Won't You Buy Me a Mercedes Benz." Using some of the more recent technology the emsemble presented a nearly dead-on version of the theme song from The Sopranos, Woke Up This Morning which was well received. of course there were a number of references to being connected delivered by an inimitable Scott.

By this time the E&I team were SRO wherever they performed and it was decided to have 2 performances at the brand new venue, The Swirnow Theatre, the new state-of-the-art black box theatre at the Mattin Center at the Johns Hopkins Homewood Campus. Aside from a few student productions, this was the first professional ensemble to perform in this space. The performance dates were May 18th and 19th, 2001 and Ebony & Irony IV: Clinton Comes to Harlem, was considered a success by all who participated. With it's stadium seating, the theatre gave the performers an improved way of interacting with the audience. By this time, the tech support was more sophisticated and extended, and the facilities supported most of what was required, technically. Some new original works by Whittlesey were introduced to the audience including The Gallery and I Suppose. A few improvisational works were presented featuring a Theremin solo by Whittlesey. Scott performed an extended riff on the title, Clinton Comes to Harlem which was a send-off of the classic Blaxsploitation film Cotton Comes to Harlem.

Ebony & Irony V: Unleashed (title suggested by Leslie King-Hammond) was performed, again at the Mattin_Center, June 14 and 15, 2002. As per usual a modified version of Ebony & Ivory opened the show with the ensemble segueing into Try Me. Since one of Whittleseyâ??s songs had been covered by Naughty By Nature, some of that piece was also incorporated into the program. On Ms. Scott's suggestion, a medley of James Bond theme songs was on the program; each as a send-off of some contemporary issue. Anther work of Whittlesey's, Through the Eyes of a Child was performed and segued into You'll Never Walk Alone. Another classic that became part of the program was Nature Boy.

The newly renovated Patterson Theater had become the permanent home of the Creative Alliance and Scott and Whittlesey performed Ebony & Irony Vl: No Visible Party Line April 16 and 17, 2004. Also on the bill was the Archie Edwards Blues Heritage Foundation, featuring Michel Baytop, Rick Franklin, and M. Dion Thompson.The band's style was the Piedmont Blues, and they performed a set before the other musicians took stage. There was a terrific lineup of guest artists including the political cartoonist, KAL, photographer and singer John Dean, actress and visual artist Sue Lowe, and up and coming saxophonist, Benjamin Bor. Visual artist Nicole Fall designed and executed special placards that represented famous Baltimoreans and Baltimore landmarks. There was a send-off of TV show Sex and the City and a clothing malfunction a la Janet Jackson and Justin Timberlake performed to Nasty. The performance ended with a rendition of Money with counterfeit money tossed at the audience.

We Are Arabbers (the Movie)

"We Are Arabbers" follows the last of the horse-and-wagon produce vendors along the streets of Baltimore as they struggle to make a living and maintain their unique culture.

Written, filmed and produced by Joy Lusco Keckin and Scott Keckin, the film covers several years in the lives of the Arabbers whose clientele, without access to local supermarkets, have depended on the horse drawn wagons for much of their food.

I've included 3 of the original pieces I wrote and performed. There are lyrics included, where applicable.

LLW was Composer-in-Residence at the American Visionary Art Museum from 1997-2000. Her concerts were written in response to two of the museum's major exhibits. "Love: Error and Eros." and "We Are Not Alone: Angels + Other Aliens."

When it had been determined by the curators and AVAM staff which of the pieces of art would be exhibited for the respective shows, LLW then selected the pieces that inspired her the most and wrote the music, lyrics, and arrangements, hired the musicians, and co-produced the events.

Einstein's Dreams (It's About Time)

After receiving permission from best selling author and M.I.T. Professor, Alan Lightman, to adapt sections of "Einstein's Dreams" for chamber orchestra and chorus, Lorraine Whittlesey began a three year project which included much research into the biography of Albert Einstein.

Zippy the Pinhead: the Musical

Poet and Neurosurgeon, Michael Salcman and I performed @ An die Musik. I selected 8 of his poems based on a variety of topics and set them to music which I composed.