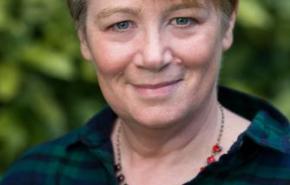 Leslie Harrison is the author of The Book of Endings (University of Akron Press, 2017), a finalist for the National Book Award, and  Displacement (Houghton Mifflin Harcourt, 2009), which won the Bakeless Prize in poetry from the Bread Loaf Writers' Conference.    She was born in Germany and raised mostly in New Hampshire. She holds graduate degrees from The Johns Hopkins University and The University of California, Irvine. Poems have appeared in journals including... more
See 2019 $10,000 Mary Sawyers Baker Prize Winning Portfolio

The Book of Endings

The poems in Leslie Harrison’s The Book of Endings test for themselves Wallace Stevens’ assertion, “There is no wing like meaning.” Each poem takes up the challenge “to attempt meaning” in a world marked by loss, “to unfold the dead hawk’s wing and ask it about flight.” The reader first feels the musical delicacy of these lines — and then their ferocity. Part prayer, part protest, these poems both wish for and — necessarily — resist the desire to mend the world.

In the alchemy of these darkly fluid poems, grief and solace meet. There is also the clash between isolation and the profound solitude encountered in the natural world. The result is an ongoing prayer for consolation, even if such prayer flies into the heavens without answer. Yet these predicaments leave us this absorbing book, an island in the sea of the human spirit, and a claim for the transcendent value of art.

I am working on a new book of poems that engages with the idea—actual and metaphoric—of shipwreck. From earliest times, the ocean has been both giver and taker of life, and now, even as we know more about our world, it is our last frontier. And those who go down to the sea in ships suffer from our lack of knowledge of this fundamental part of the world. Every week, on average, two large ships vanish from human knowledge. The ocean is peppered with wrecks.

The book also concerns itself with more metaphoric wreckage—the complexities of living in Baltimore, what climate change is doing to our world, how to live in a world that feels like it is dying.

Poems from the manuscript have been taken or published in many journals including Cherry Tree, West Branch, Four Way Review and elsewhere.

The Story of a House

I am working on a memoir of my time living alone in a small house in a small town. The house was old and in need of massive renovations when I bought it, and the memoir follows my adventures in remote living and DIY.

"There is a poignancy, poise, and a presence about this book and about its traffic between secrecy and dis-closure that allows it to have an unusual force, and a true grip on its reader. This is a real lyric journey; and the reader will take it, too."

—Eavan Boland in the preface

When I'm not writing, I sculpt tiny replicas of trees. Some are bare copper wire, but my heart lies in trying to make a very tiny (up to about 4 inches tall) replica of a massive living thing using wire, modeling compounds, paint and various substances to replicate foliage and snow.